What’s Happening with the TTP?

Now that the United States is close to securing the Trans-Pacific Partnership (TPP for short, a trade agreement encompassing American and Asian states aimed at reducing trade barriers and tariffs), attention is shifting to America’s other coast, where another trade deal, the Transatlantic Trade and Investment Partnership (TTIP), is being worked out with the European Union. Planned for next year, the TTIP mirrors some of the policies of the TPP, as well as its secrecy, but is focused on removing regulations. Some argue that the TTIP is beneficial, citing the deal’s its incentives for business and trade abroad during a period of decline in world trade (Pro-TTIP). Opponents, however, see the TTIP as harming European jobs and standards, as well as granting corporations power equal to those of countries (Anti-TTIP). For these reasons, citizens opposed to the TTIP are now protesting across Europe. From Spain to Bulgaria, Poland to Belgium, Europeans have been voicing their opinions, yet in Berlin, Germany at least 100,000 have come out to protest against the TTIP (Protest). 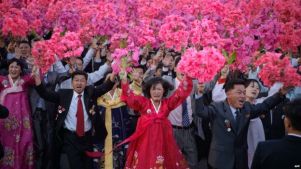 On October 10th, North Korea celebrated its 70th Anniversary as a state. Along with all the fanfare and pageantry, Kim Jung Un announced his country’s preparation for war should the “American Imperialists” strike (Speech). North Korea’s modern military technology, including its drones and missiles, were on display, but this celebration is incomparable to that of China’s last month to commemorate their victory in World War II (Parade) yet only China sent a dignitary to the festivities . While dignitaries across the world visited China on this occasion, only a senior member of the Chinese poliburo came to North Korea this saturday. But this gesture, along with others, demonstrate China’s continued backing of the rogue nation.

Vladimir Putin continued to increase his role in the Syrian conflict this past week in a meeting with one of America’s key allies in the Middle East, Saudi Arabia. Putin and the Saudi Arabian Defense Minister, Sheikh Mohammed bin Salmin, met this Sunday and discussed how to best combat the Islamic State. Although no concrete plans emerged from the meeting, Saudi Arabia and Russia agreed on more mutual cooperation between the two nations – not merely in military advances, but also potentially along economic lines. While Saudi Arabia and Russia disagree on the nature of the post ISIL Syria, Russia’s expansion into a previously American sphere of influence will only harm american interests. 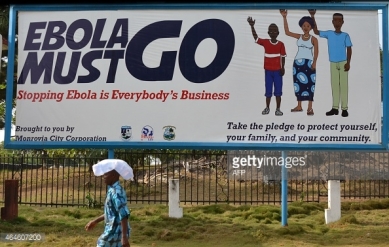 For the first time since the Ebola outbreak in West Africa began, an entire week has passed since any new recorded cases have occurred. This marks a milestone since the outbreak began in March 2014. While there are still citizens being held in quarantine or receiving treatment, WHO officials are hopeful that this is a turning point in the eradication of Ebola from west africa.
(source: http://www.eboladeeply.org/articles/2015/10/8355/ebola-executive-summary-october-8-2015/)