The Zika virus, transmitted by Aedes mosquitoes, is part of a recently expanding outbreak. The virus currently has no known vaccine. 3 to 4 million have been affected in the past nine months. Symptoms include conjunctivitis, fever, and a skin rash lasting from 2 to 7 days. Read more about the Zika Virus here.

While the symptoms may not sound severe (in fact, most affected individuals don’t even know they are ill), people suspect that there is a connection between the Zika virus and Guillain-Barre syndrome, an immune system disorder, as well as microcephaly, a serious developmental condition that has grown increasingly ubiquitous in Brazil. Thus, the spread of the virus has triggered global travel warnings for pregnant women released by the CDC and other health organizations. The New York Times updated “Short Answers to Hard Questions About Zika Virus” on January 28.

So far, there are 31 reported U.S. cases of the Zika virus in 11 states and Washington, D.C. according to the CDC, all attributed to international travel. While the development of a vaccine is being pushed for internationally, efforts will most likely take years despite international mobilization for research and development (Source). Foreign Policy reported that there is a risk of Zika becoming endemic to Brazil, or a permanent feature of the nature’s ecology. The possibility of the disease making a permanent home for itself in the Western Hemisphere is one of great concern.

Syria peace talks representing the first political effort to peace in two years began as of January 29, although the role of the opposition in the talks remains unclear. The talks begin after long delays caused by uncertainty of who would form the opposition committee in the face of staunch boycotting against the talks. Staffan de Mistura, the UN special envoy, has urged the final opposition bloc to attend the talks regardless of whether the Assad regime lifts sieges. Kurds are invited as observers, rather than having their own seat at the negotiating table (CNN). 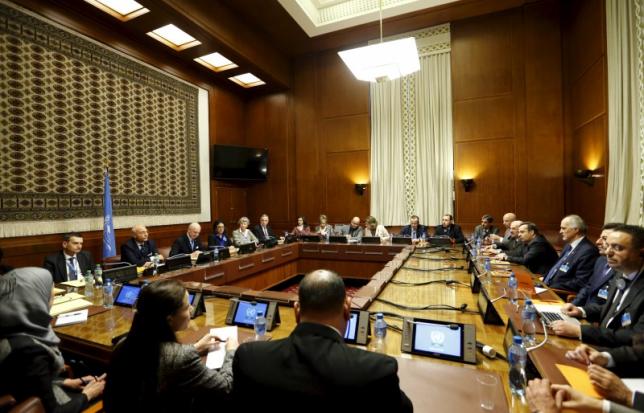 These “proximity talks” to be mediated by Mistura are complicated by recent events. First, Syrian government forces have advanced with the help of Russian airstrikes, reducing the government’s incentive to negotiate. As the civil war has been ongoing for over five years, killing over 250,000 and causing over half the Syrian population to flee, the opposition remains uncertain whether the negotiations will be fruitful according to the Atlantic.

On Monday, these elected MPs will take their seats in Parliament after an emotional celebration in the capital of Naypyidaw. However, there remain barriers to this celebration. The constitution, drafted by the military, presents Suu Kyi from becoming president. The military retains control over 25% of parliamentary seats and three security ministries, meaning that the legacy of the junta in Myanmar is far from over.
Next week, three presidential candidates will be put forward (one from the upper house, one from the lower house, and one from the military bloc). The houses will then vote together, with the new president assuming power in March (Source: Reuters).